“Looking for Stories” is an online documentary web serie where Joan Planas (filmmaker) document stories from people and places around the world using video, photography and articles.

We don’t judge the stories. We show them respectfully just as they are, trying to gain a better understanding of the world we live in.

This is a project that we started in China on 25th October 2012 and that we have been carrying out with our savings and donations, and possible sponsors can also contribute

Help us to tell stories that are even more interesting, send us an story. We will do what it takes to look for them and bring them to you each Sunday.

How do we work?

To document these stories we film our protagonist’s life during a whole day or even a week, during this time we carry out our protagonist’s characteristic activities and we get acquainted with his or her environment. We also film an interview that lasts less than an hour and which we use as storytelling to accompany the images, here is an example.

The stories are published each Sunday and during the week you can watch some extras on our Twitter and Facebook profile.

Joan Planas is a filmmaker with a distinct social approach who has got a documentary and several award winning short films. From his beginnings he has believed in the potential of audiovisual media on the internet. He was nominated for best video blog in BOB’s 2007 awards and he also created the viral campaign for the movement “Free Hugs” in Spanish. He has dedicated the last two years to the audiovisual growth of “Minube” as director and film editor, among many other projects. 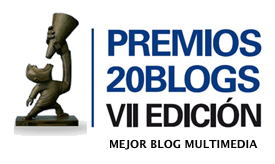